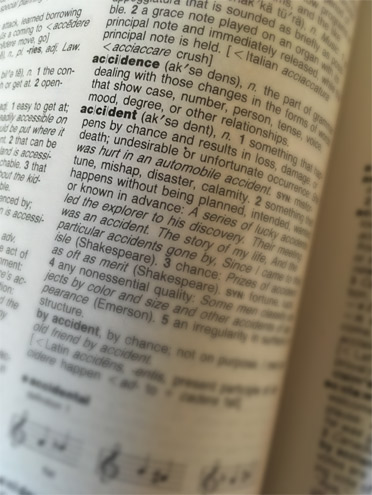 What do you do with the upset of an accident, a broken arm or leg, a cumbersome cast?  This wordsmith finds that naming the “players” in a catastrophe shrinks the “cringe factor,” even bringing a flickering smile to situation that’s not at all funny.

And so, the accident itself becomes a “‘fonly.” If only Sammy’s mother had warned Sammy sooner to slow down on the trampoline. Or an accident can be named a “coulda/woulda/shoulda.” If Sammy’s mother could relive that moment of trampoline inattention, she could have/would have/should have done things differently.

A dose of humor goes a long way to make living with an injured body part more bearable. Giving a broken limb a weird name — Herman*, for example, for my once injured knee — can be amusing when little else is. The weird name is especially helpful when the injured limb is finally revealed: a pale, withered, flaky version of its former self. *Apologies to any readers named Herman.

Thinking about the origins of sayings about bones or limbs can be diverting. For example, “Make no bones about it” means to speak honestly about something, without evasion. According to The Free Dictionary, this expression, dating back to the 1400s, referred to a boneless stew or soup that could be eaten without fear of choking.

Finally: what to make of “break of leg,” an order given to actors before they go on stage? The Free Dictionary offers this explanation: a superstition dictates that if you say “good luck” to an actor, you will bring him bad luck…so do the complete opposite.